Tarit Pal is an ace percussionist who has played with Salim Sulaiman, Kailash Kher Dj Aqeel and has collaborated with various artists across the globe 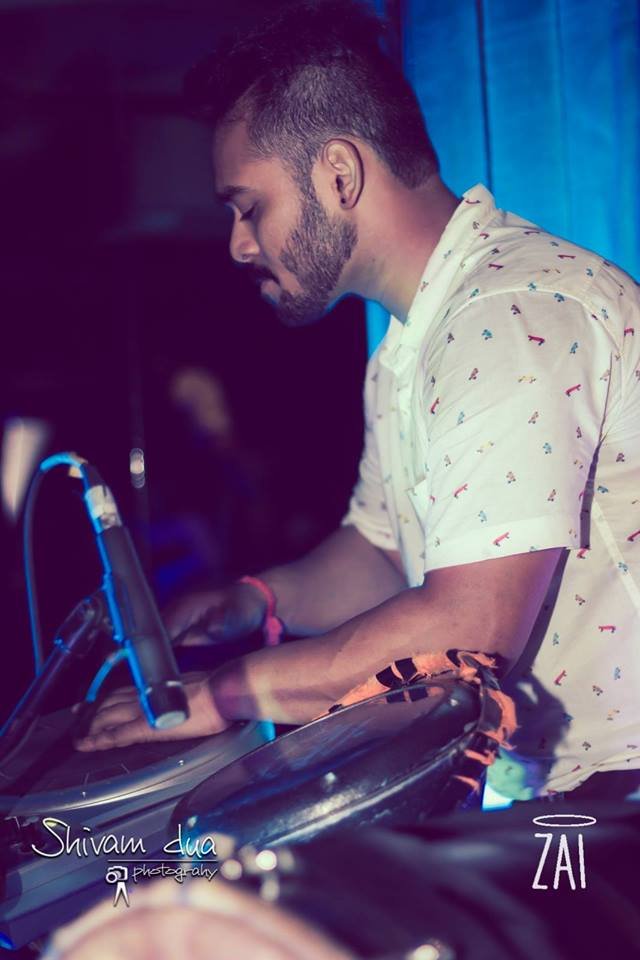 Tarit Pal has fought with everything that was in his path to establish himself as a successful percussionist in the world of music. He is not just familiar with Indian classical music, but has Expectedly been living it. It is the one thing he will not compromise with. Music is the love of his life and his support at all times. He hails from a brilliant family of musicians and is the son of a renowned percussionist, Asit Kumar Pal, who has worked with genius minds like Manna Dey, Mohammed Rafi, Dijendra Mukerjee and many more talented artists. He started learning at the tender age of 8 under the guidance of his uncle Shri Dilip Kumar Pal and later under the tutelage of Shri Ashish Sengupta from Banaras gharana for 10 years. Currently, he is under the patronage of the tabla maestro Pt Shubash Nirwan of the Delhi gharana. Some of the numerous festivals and shows he has performed at, are the Jahan-e-Khusrao Festival in Jaipur, Gulmarg Winter Festival in Kashmir, THINK Festival in Goa, Jaipur Literature Festival, Delhi International Arts Festival, World Flute Festival, etc. He has also played in cities like Udaipur, Chandigarh, Jaisalmer, Manali, Bangalore, Hyderabad, Patna, Banaras and many more. He has done gigs at places like BlueFROG, Hard Rock Cafe in Delhi, Kyra Theatre in Bangalore, Gymkhana Club and Shroom in Delhi, to name a few. He has done shows in many more states of India, and internationally he has performed in countries like Singapore, Thailand, Sri Lanka, Oman, Kuwait, Egypt, Mauritius, Lebanon, Tunisia, London, and Hong Kong. Although he is the percussionist of a Delhi-based band called Rishi Inc., he has also accompanied classical artists like Uma Bhattacharya, Ustad Kamal Sabri, Aslam Khan and Arshad Khan, and has collaborated with bands and artists like NUUR, Aleph, Antardhvani, Rahul Batra (Gurukul Sa Re Ga Ma Pa), Seema Parihar (X Factor), Ehsaas, Leslie Lewis, Sonam Kalra and Suryaveer, to name a few. Having had music in his very blood and the capability to catch new techniques amazingly fast, he has learnt and played more than 12 mainstream world percussions like tabla, dholak, drums, dhol, djembe, cajon, thumba, darabouka, duff, congo, morchang, and gubgubi. Tarit has a very good classic sense of music, which reflects in the artists he loves and idolizes. He follows A. R. Rahman, Pink Floyd, Yammi, Karsh Kale, Zakir Hussain, Trilok Gurdu, Benny Greb and some more. Everything starts and ends with rhythms, notes, beats and tunes for this percussionist.

Graduate & Trained in music and Percussions for 15 years and a entertaining people for 11 years .