The independent singer/songwriter has extensively collaborated with electronic music producers from across the world! 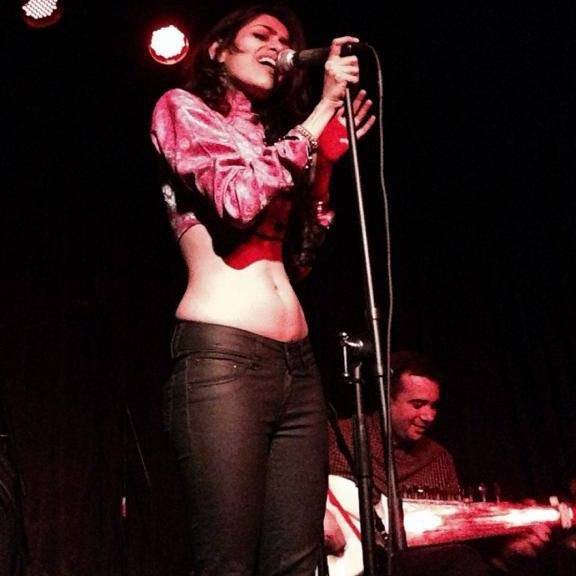 Shri is a professional singer based out of the capital city of Telangana, Hyderabad. The independent singer/songwriter has extensively collaborated with electronic music producers from across the world. With years of formal training in Carnatic classical music, her outstanding ability to seamlessly blend both classical and contemporary vocal elements in both LIVE and studio settings came into focus with her band, Gods Robots. As one-half of the Mumbai-San Francisco electronic dance music duo, Gods Robots, she toured in India and the United States. Gods Robots has played festivals such as Sunburn (India), Jaipur Literature Festival (India), Symbiosis Gathering (California), Beloved (Portland), Stilldream (Belden, CA), Burning Man Pre-Comp Party (2014), and several venues in cities including New York, LA, Santa Cruz, and Reno. Shri is also currently collaborating with producers from the UK, US, Turkey, and other parts of the world. MTV World selected Gods Robots to perform at the Asia Society's prestigious Annual Awards dinner as a representation of MTV's efforts to improve the visibility of Asian culture in the West. Bit Torrent showcased the duo’s early work in their carefully curated Artist Spotlight program. Shri has also dabbled in writing music for Bollywood and is credited for her work on the title song of the film, Jackpot (2013). She has been a part of a few movie projects, dabbling in playback singing and writing lyrics and have many new releases coming up. Drawing influences from pop, jazz, blues, hip-hop and electronic music, her vocal style is constantly evolving and her writing is inspired by experiences, stories and the art of music. Her musical collection falls under a larger umbrella, incorporating sounds from different parts of the world.     Some of her genres include soulful melodic, electro pop, dub, Carnatic, trip hop, dubstep, and deep house. Her two albums are Gods Robots (Sony Music India, 2013) and Breaks EP (Beats Hotel Records, 2014). Performances: Rain, LIVE performance at MTV Desi, New York Rework of Talvin Singh’s ‘Jaan’, Symbiosis Festival 2013 Missing a Beat, LIVE on BalconyTV Symbiosis Gathering (Oakdale, CA) The Knitting Factory (New York City) Zanzibar (Los Angeles) Beat Church (San Francisco) Jaipur Literature Festival (Jaipur, India) Mumbai International Literary Festival (Mumbai, India) goMAD Festival (Ooty, India) Beloved festival (USA, 2014) Moe’s Alley (Santa Cruz, 2014) Burning Man (Pre-Compression, 2014) St. Augustine (Florida) Colombo One (Sri Lanka)