Shruti and Parshwanath are a Bangalore-based classical dance couple, and the Artistic directors of Punyah Dance Company and Upadhye School of Dance 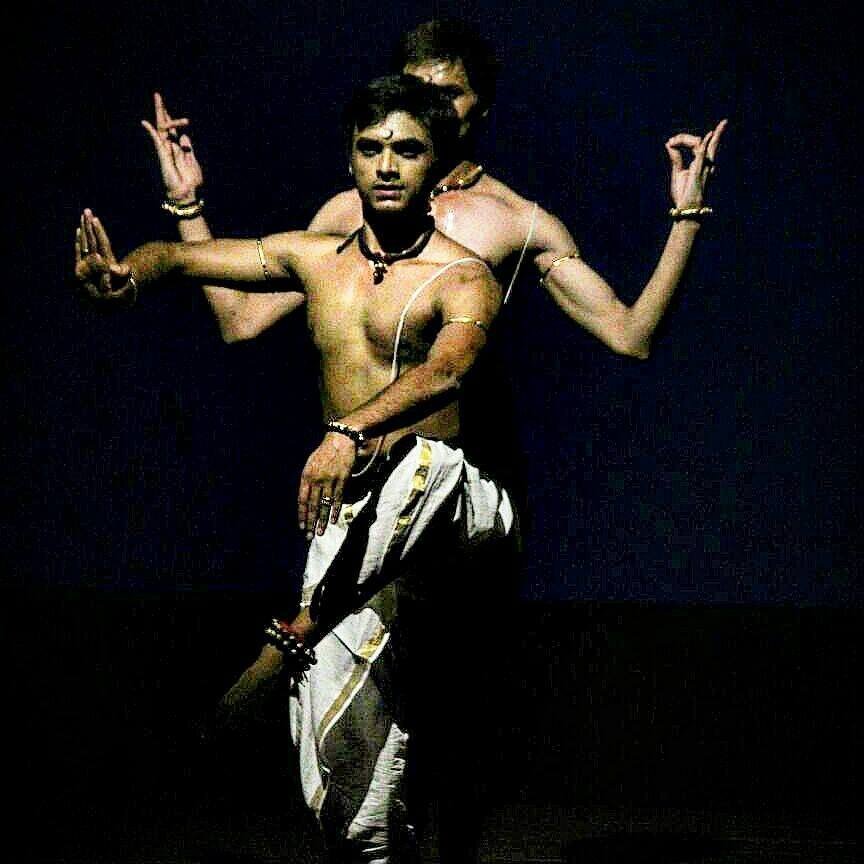 Parshwanath S Upadhye, consisting of Pashwanath and Shruti Upadhye, is a professional dance duo based out of the IT capital of India, Bangalore. They are the Artistic Directors of Upadhye School of Dance and Punyah Dance Company, Bangalore. This young couple aspires to entertain as well as spark a love for the world's oldest heritage. Both are 'A' grade artistes of Doordarshan and have performed in several prestigious festivals like Hampi Festival, Parampara Festival, and Alwa’s Vishwa Nudisiri Festival. They have performed throughout India and in countries like USA, China, UK, Malaysia, UAE, and Russia. Both were the part of an Indian delegation to China under the Cultural Exchange Programme of Ministry of Human Resources, Government of India. Shruti and Parshwanath Upadhye were conferred with the title of Aarsha Kala Choodamani by Swami Dayananda Saraswati at New Jersey, USA in 2012. Parshwanath is one of the most sought after male classical dancers in India and has won many coveted awards like Natya Mayura Award by Gangubai Hangal Trust, Karnataka. He was also a recipient of CCRT Scholarships for pursuing further studies in Bharatnatyam by Ministry of HRD, Government of India. Currently, along with his dancer wife Shruti Upadhye, Parshwanath choreographs, directs, produces, and presents his work at national and international venues. He also carries out dance workshops, and regular as well as advanced training Bharatnatyam classes at Upadhye School of Dance (Bangalore) and Punyah Dance Company (Bangalore). Shruti took up the practice of Bharatnatyam in 1997 under the tutelage of Guru Smt. Padmini Ramachandran while Parshwanath, with 22 years of experience behind him, was initially trained under Guru Sri Ravindra Sharma of Belgaum, and under Shri Kiran Subramanyam and Smt. Sandhya Kiran of Bangalore, later on. Performances: Toured China as part of India-China Youth Exchange Program, 2011  Collaborated with international companies like Sutra Dance Company (Malaysia), Rangoli Dance company (LA), Shobhana Jeysingh Dance Company (UK), as well as Abhinava Dance Company (India), Radhakalpa Dance Company (India) Gave solo performances in festivals like Purush (Chennai), Nartaka (Malaysia), Moodubidri, Alva's Vishwa Nudisiri, and Nartaka (Chennai) Produced a DVD titled ‘Shambho’ for the connoisseurs as well as aspiring performers of Indian Classical Dance Played the lead role in a dance-based short film directed by New York-based director Kunal Amrish Awards: Natya Mayura Award by Gangubai Hangal Trust, Karnataka Arsha Kala Choodamani by Swami Dayananda Saraswati, New Jersey, USA Arihant Puraskar by Jain Parishad, Kolkata Uttam Kalakaar by Mahamastakaabhisheka Committee, Shravanabelgola Nritya Nipuna by Belli Gajje, Bangalore Jain Rashtragaurav by Jain Parishad, Karnataka CCRT Scholarships for pursuing further studies in Bharatnatyam by Ministry of HRD, Government of India