Her solo performances are filled with grace, and her gestures and expressions create an emotion of purity, beauty and sublimity 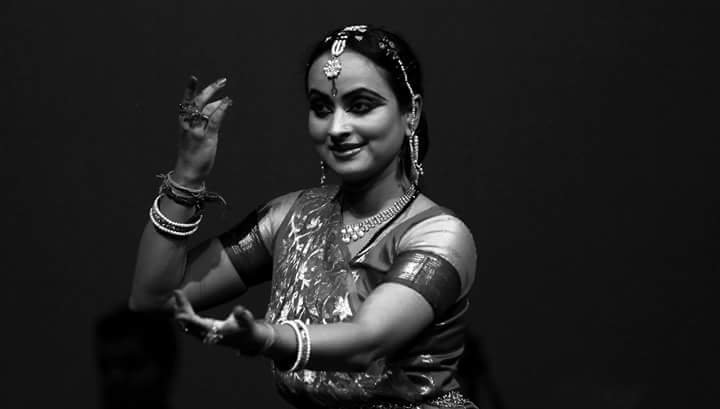 Anjana Jha is a professional dancer based out of Gwalior, Madhya Pradesh. She started learning the nuances of Kathak under the direction of Guru Shri Sukh Dev Singh at the age of eight. She was later admitted at the prestigious Kathak Kendra, National Institute of Kathak Dance, New Delhi, where she received a scholarship for five consecutive years from the Ministry of Culture, India. Anjana began her course in advanced Kathak under the guidance of the world-renowned Kathak maestro of the Jaipur Gharana, Pt Rajendra Gangani. After attaining a postgraduate diploma in Kathak with honours, she studied further and received a PhD in Kathak from Indra Kala Sangeet Vishwavidhyalaya, Chhattishgarh. She also served as an examiner in the University examination board. Her solo performances are filled with grace, and her gestures and expressions create an emotion of purity, beauty, and sublimity. Anjana has performed on many prestigious platforms in India, Singapore, Australia, Switzerland, Dubai, Malaysia, Doha, Qatar, Oman, Bahrain, Muscat, Iceland, Kuwait, Norway, and Thailand. She is recognised internationally as a renowned Kathak choreographer and dancer. She was the first Kathak performer and teacher in Thailand. Anjana was an empanelled artist with the Indian Council for Cultural Relation’s (ICCR) reference panel of artists. She represented India as a Kathak dancer during the tour to Iceland led by the then-President of India, APJ Abdul Kalam. Anjana is an ‘A’ graded artist of the Delhi Doordarshan. She has worked with many famous South Indian actors and musicians. In addition to her excellent Kathak skills, she excels in classical and semi-classical vocal music, yoga, and pakhawaj – a Hindustani musical instrument. Awards: Silver medal achievements award by Padma Bhushan, Pt Birju Maharaj, from the National Institute of Kathak Kendra, 2004 Awarded the title of ‘Nritya Shri’ and a gold medal for participating at the Kiran Sangeet Samaroh, Katni, Madhya Pradesh, 2004 Awarded the title of ‘Kathak Shri’ and a gold medal by All India Dance Competition, Dantari, Chhattisgarh, 2004 Two-year National Scholarship holder, Ministry of Culture, Human Resources Department, New Delhi, 2005 to 2007 Scholarship holder, National Institute of Kathak, Kathak Kendra, New Delhi, 2001–2006 Awarded the title of ‘Sur Singaar’, Kal Ke Kalakar, Mumbai, 2005 Gwalior Gaurav Award, Gwalior Vikash Samiti, 2006 Founder and director of Upaj - the Academy of Performing Arts, Kathak repertoire