One of India's freshest jazz/Latin-jazz bands; its members are some of India's finest jazzmen and veterans of the Indian jazz scene 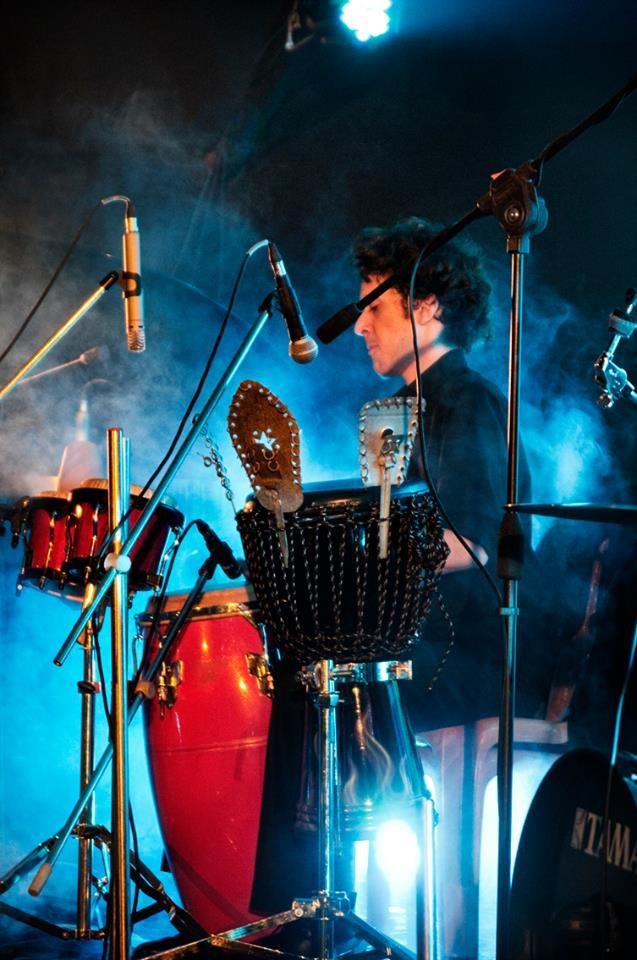 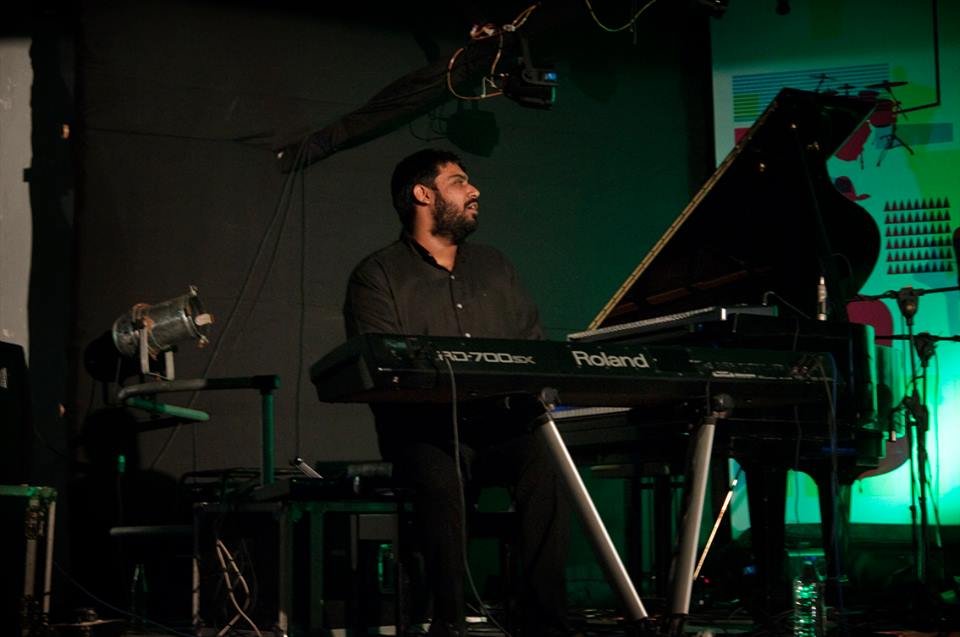 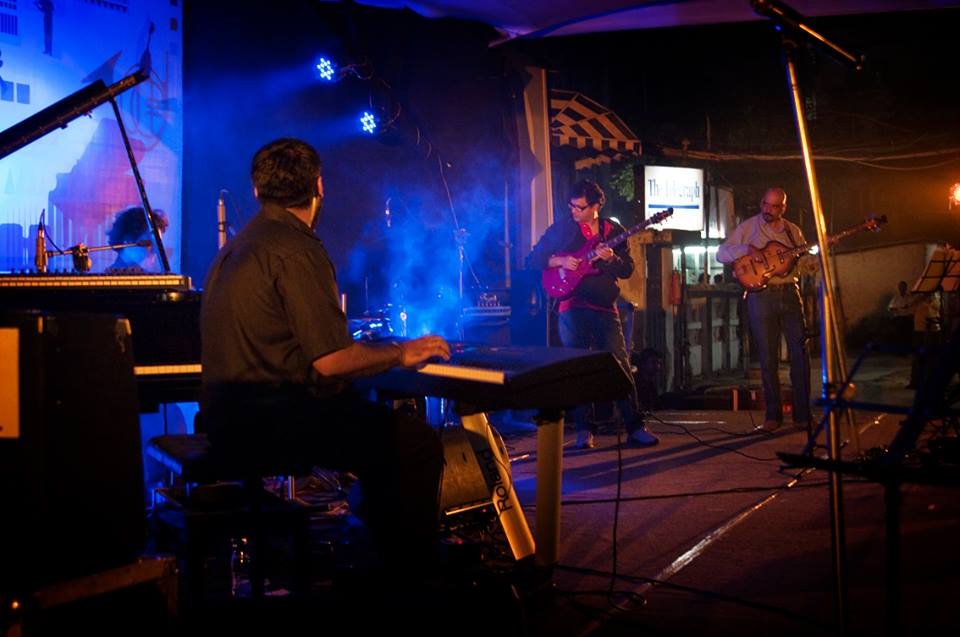 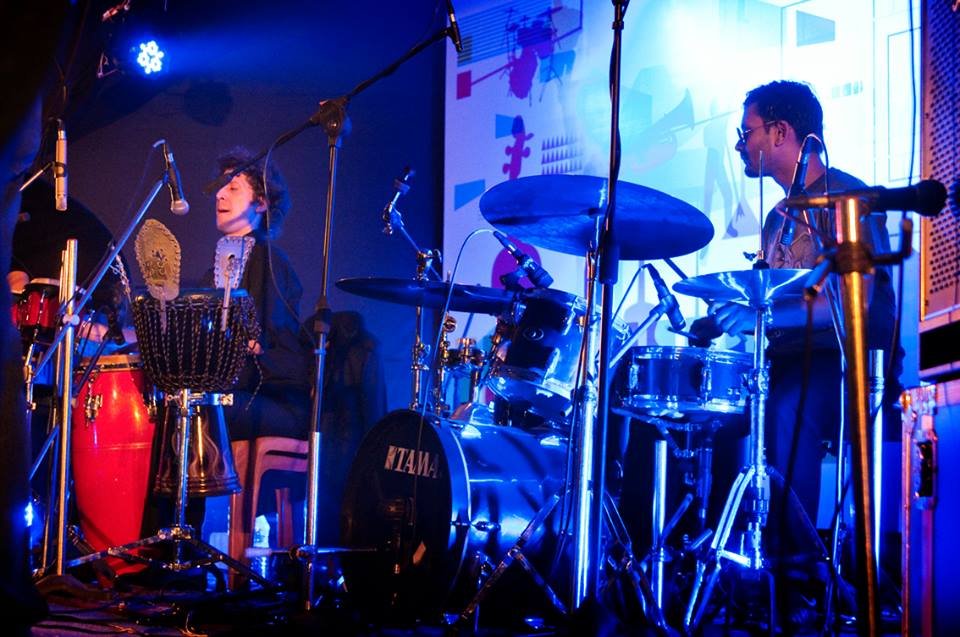 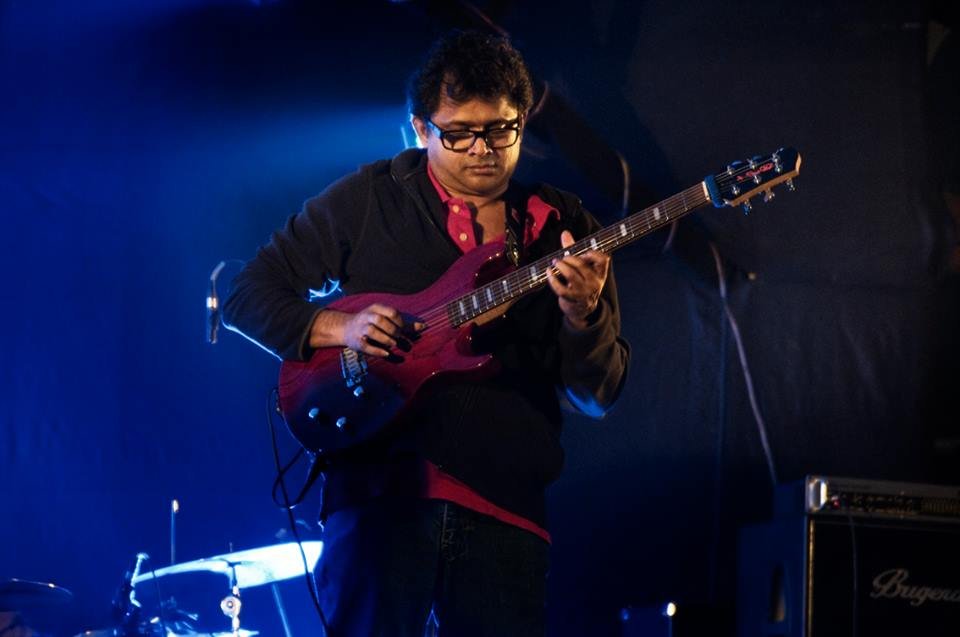 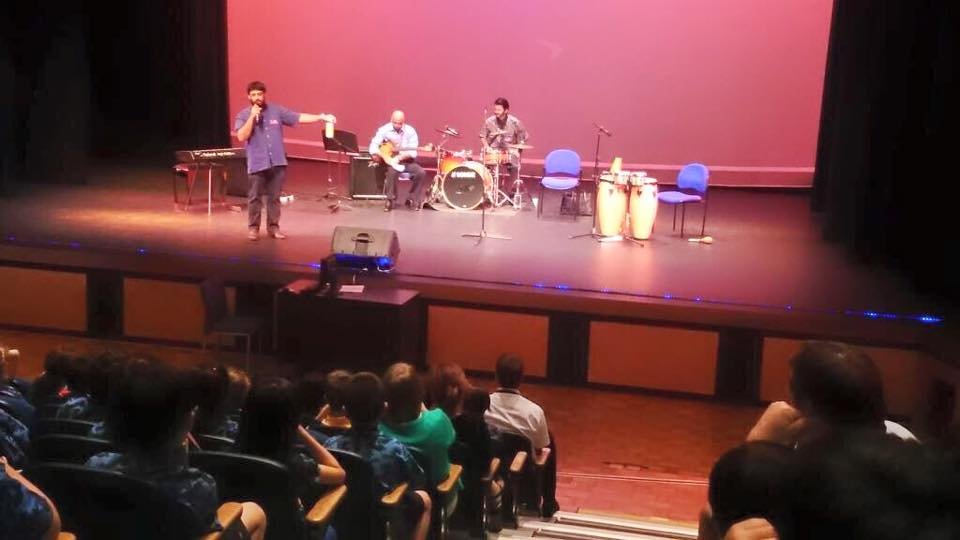 Four on a Swing is a LIVE band based out of the capital city of Kolkata, West Bengal. The band was formed in 2007 by Pradumna Manot, the pianist. At its inception, the band was called Three on a Swing, the technical nomenclature of the band being ‘x’ on a swing where x signifies a mathematical variable from the set of positive integers because it is hard to find zero, fractional, or negative state of human beings. The band has so far had three combinations of members and seven permutations of stage arrangements. The current combination is William Walters on bass guitar, Aniruddh Saha on drums and Emmanuel Simon, the only French person to have ever played with this band in its history, on percussion. The group recently started collaborating with American jazz vocalist from New York, Megan Powers, as well as with Indian's top jazz guitarist, Sumith Ramachandran (Kolkata Jazz Fest 2014). Pradyumna Singh Manot – Piano/Band leader Also known as Paddy, Pradyumna started his life in music on the piano at the age of six. Since that time he has been extensively studying Latin jazz, jazz, western classical, Latin, and North Indian classical music. He has performed at many prestigious festivals and venues across India and has been a regular artist of the Congo Square Jazz Festival for past eight years. Abroad, he has also performed in Indonesia, Hong Kong, Singapore, UAE, Bangladesh, Philippines, Thailand, and Macau, and has performed in the world's biggest jazz festival, the Java Jazz Festival. Pradyumna has given many concerts with Indian musicians like Grammy winner Pandit Vishwa Mohan Bhatt, Ustad Rashid Khan, Ustad Sabir Khan, Pandit Tejendra Narayan Majumdar, Pandit Vikku Vinayakram, Ustad Shujaat Khan, Ustad Taufique Qureshi, Ustad Raza Ali Khan, Pt Tarun Bhattacharya, Pandit Subhankar Banerjee, among others. He is studying jazz piano under India’s best jazz musician, Madhav Chari. He has performed with American Jazz singer, Clare Michaud, Canadian Trombonist, Alistair Kay (who played for Frank Sinatra and Ella Fitzgerald ) and star bassist, Steve Zerlin. He is frequently invited by various musicians to perform in their jazz ensembles such as Alex Stuart, Australian jazz guitarist, and Indian guitar legend, Sumith Ramachandran. He was also a part of the Saturday Night Blues Band and performed with them for two years spanning over a hundred performances, thus combining the blues genre of music into his personal style. Pradyumna co-founded the band, Los Amigos, alongside the Indian legend of Latin music, Monojit Datta. Pradyumna continues his passion for Latin Jazz piano with two more bands, Jazzeando and Latination alongside French percussionist, Emmanuel Simon. Pradyumna has worked with many dancers across various dance forms. He has toured and performed with world famous Kathak maestro, Pandit Chitresh Das, and the world famous tap dancer, Jason Samuel Smith. Emmanuel Simon – Percussion Emmanuel Simon is a versatile musician from Paris, France, acting in Jazz, Latin-American, world, fusion, and other Western modern music fields as well as composing for theatre and short films. Initially trained as a Western classical pianist, he has finished his academic degrees in Western musicology, Western classical, and modern music. He has also graduated an MA Degree in Indian Instrumental Music from Rabindra Bharati University, Kolkata, as a Gold Medallist and now attending a PhD on Bengali folk percussions. He is, nowadays, a multi-talented percussionist, having broad knowledge in various musical cultures such as Western, Afro-Cuban, West African and Indian percussions, getting taalim from Pandit Shankar Ghosh, the tabla virtuoso. He has been performing in South Asia and Europe, and collaborating with many different artists. In India, he has played in prestigious auditoriums such as Chowdia Hall (Bangalore), Kamani Auditorium (Delhi), Blue Frog (Delhi), Birla Sabhaghar (Calcutta), etc and prestigious festivals such Kolkata Jazz festival, World Percussion Festival (Nehru Park, Delhi), Bengaluru International Arts Festival, Calcutta International Dance Fiesta, etc. William Walters – Bass William Walters is one of Calcutta's iconic musicians who has been building up the local scene for past three decades and definitely contributed to Calcutta's musical creativity and eclecticism. He has been one the most wanted bass player all over the country for his talent, his professionalism, his virtuosity, his steadiness and wide knowledge in many western musical styles such as rock, pop, funk, blues, etc. As a very busy artist and hard-working musician, he has been performing restlessly in prestigious venues, hotels and festivals all over India and abroad for the past 30 years. He is nowadays one of India's finest and most experienced jazzmen and jazz bass players, collaborating for many years with many of India's top musicians such as Anthony Fernandez, Carlton Kitto, Louis Banks, Remo Fernandez, Bertie Da’Silva, Sumith Ramachandran, Pam Craine, Usha Uthup, Sonia Saigal, and many others. His musical journey goes on, his high, smooth, and swingy walking bass leads the way. Megan Powers – Vocals Megan Powers is a singer-songwriter based in New York City. Her jazz career discovered its start in Igor Butman’s iconic Moscow jazz haunt in an impromptu jam session with Igor and his band. She is praised to have taken the stage in some of NYC’s most notable underground music havens, and to have sung with the likes of Jon Christopher Allen, Igor, Ben Paterson, Marissa Dwyer, Henry Colle, the Anthony Cekay Trio, Drue Barron, and Paul Beaubrun of Zing Experience, among others. Megan has studied classically with NYC's Broadway great, Phillip Hernandez and with dramatic soprano, Corinne Stevens. Her exotic timber, powerful voice, soulful interpretation of jazz standards of any kind as well as her ever-steady musical abilities have made be part of New York's new most promising talents and singers. A passionate proponent of the human capacity to effect healing through the cultivation of compassion, mindfulness, and creative self-expression, Megan graduated from the University of Oklahoma with degrees in International Relations, Russian, and Spanish, and has worked within the anti-trafficking movement in Moscow and St Petersburg, Russia and Kolkata, India.

Hire 4 On A Swing for Virtual Event

Hire 4 On A Swing for Wedding

Hire 4 On A Swing for Restaurant

Hire 4 On A Swing for Professional

Hire 4 On A Swing for Private Party

Hire 4 On A Swing for Photo/Video

Hire 4 On A Swing for Kids Party

Hire 4 On A Swing for Inaugration

Hire 4 On A Swing for Fashion Show

Hire 4 On A Swing for Exhibition

Hire 4 On A Swing for Corporate

Hire 4 On A Swing for Charity

Hire 4 On A Swing for Campus

Book 4 On A Swing for Virtual Event

Book 4 On A Swing for Wedding

Book 4 On A Swing for Restaurant

Book 4 On A Swing for Professional

Book 4 On A Swing for Private Party

Book 4 On A Swing for Photo/Video

Book 4 On A Swing for Kids Party

Book 4 On A Swing for Inaugration

Book 4 On A Swing for Fashion Show

Book 4 On A Swing for Exhibition

Book 4 On A Swing for Corporate

Book 4 On A Swing for Charity

Book4 On A Swing for Campus